A dimensionally twisted puzzle game for all ages

Cosmic Hare is a casual puzzle game based on the classic board game ‘Peg Solitaire’: Pieces can be moved by jumping over adjacent pieces. The adjacent piece is removed from the field. The level is solved when only one piece remains.

These simple mechanics are soon enhanced by letting the player rotate around the level and providing 3D puzzles. The hexagons are actually cubes viewed at an isometric angle. Some solutions can only be found by changing perspective.

Other additions to the games puzzle mechanics are birds of prey, portals and a limited number of moves. Also the layouts of the hexagonal grids on which the game is played get larger and more complex as the game progresses. 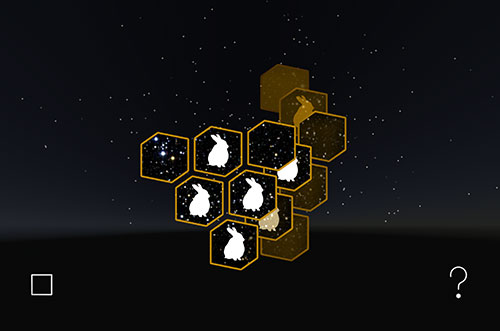 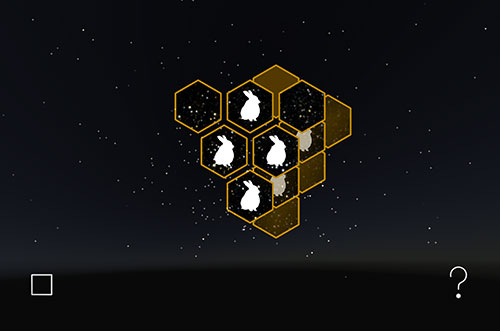 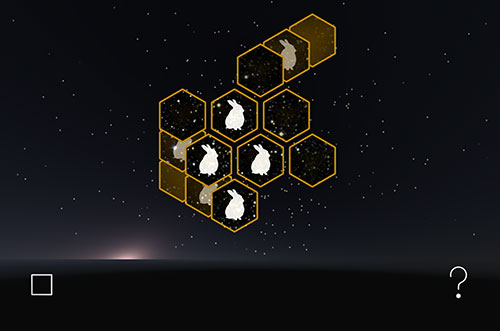 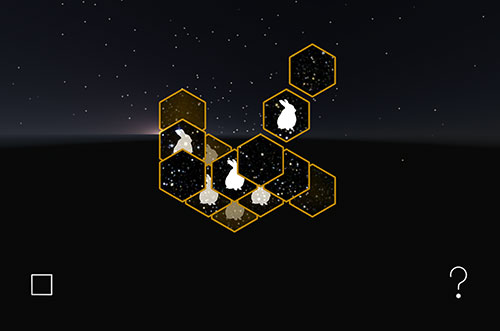 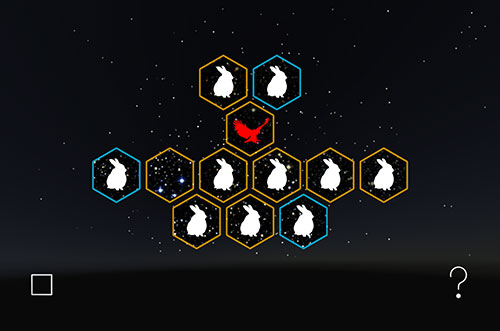 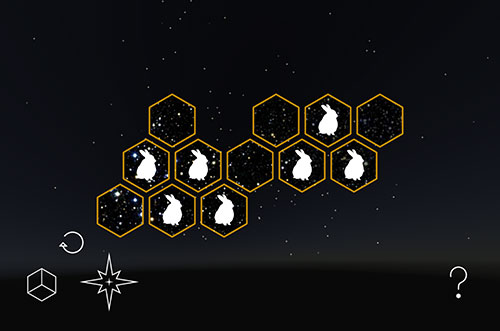 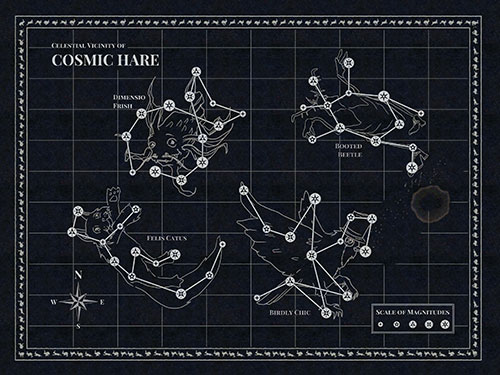 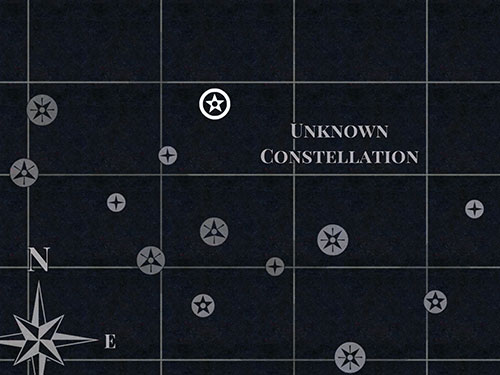 The progress of the game is displayed on a celestial map. Every level is represented by a star and belongs to a constellation. In the beginning, the first constellation is shown without the underlying drawing, labeled as ‘Unknown Constellation’. As the levels are solved the drawings appear and other constellations are unlocked.

The games ambient soundtrack consisting of a background drone in C, and occasional melodic parts that get played when elements on the map are revealed. The interaction sounds are procedurally chosen notes belonging to the current constellation. Everything is composed in the lydian scale to emphasize the mysterious space setting.